Fight or flight - where did you go and did you come back? 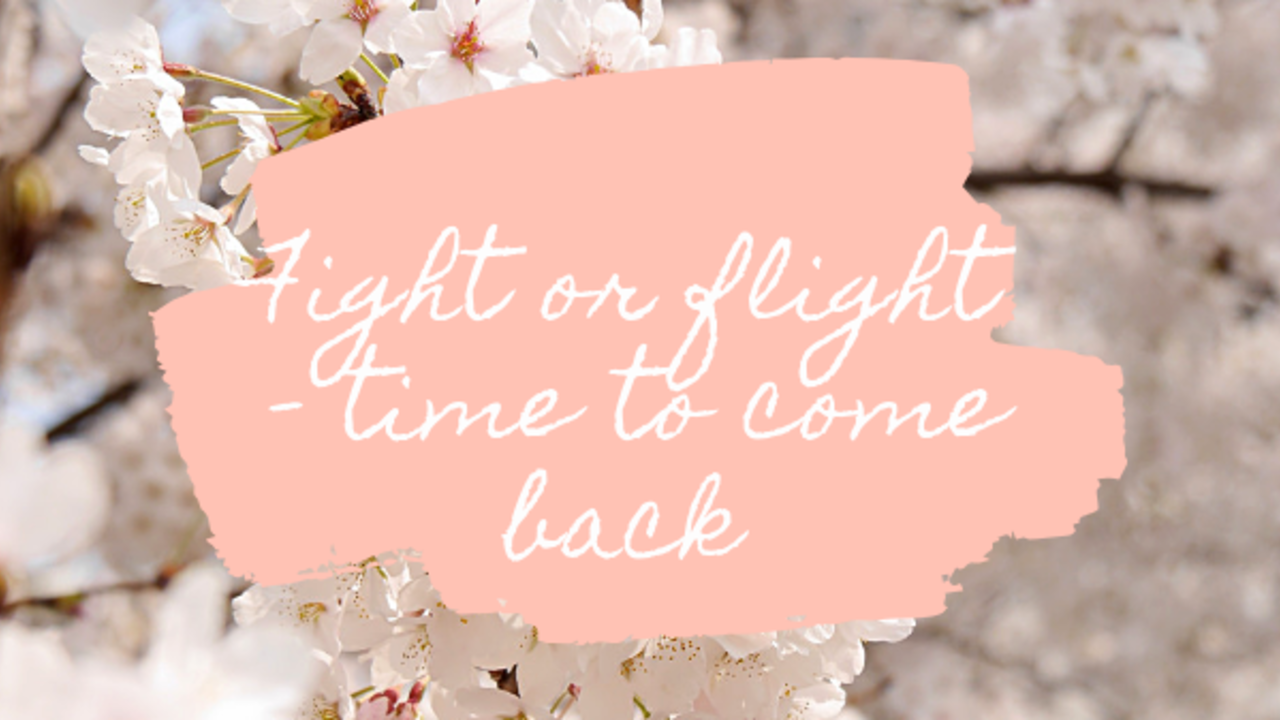 Have you ever chatted to someone who seem to be really together, then out of the blue seem to lose it, get worried and/or not cope?  This person may even be you.   I get to chat with many people where this happens.  They function really well in most areas of life, but this one thing triggers and whammo out of the blue they are struggling.  They usually can't figure out what happened or how to easily get out of it.

I love these chats (sessions) because as we shift these patterns I get to witness people start to remember how magnificent they really are.  It's one of the absolute amazing things in my "job".  (Another is that my "job" is more like play than work - it's so interesting and rewarding on many levels.)

It seems that there is a really big nudge to transform these patterns as part of our global wake up call.  And in the way this universe of ours seems to work, I figured if I'm seeing this a lot then maybe you are too.

So what's helping me delve deep with these awesome people?

Aside from an open heart - that's a given nowadays - for some people I'm being guided to look at their nervous system, and in particularly their fight or flight responses.

Let me explain what I mean here.  I know you are familiar with the fight or flight response - Where your nervous system assesses a situation and decides the best way to respond.

What I’m being nudged to delve into, is where is looks like someone froze but maybe they actually engaged the flight system - you just didn’t know how to see it.

The need to explain this really came to the fore during a conversation I had with a woman  (we’ll calll her “B” for simplicity) who doubted her friend’s (“C”) discussion of a sexual assault.  B said that because C didn’t scream or fight she doubted it was an assault.

B was unaware the fight or flight response has a third component - freeze.  Quite often it's a survival instinct.  The play-dead-and-you’ll-be-safer response.  But what I've been finding is that while you may be doing the fight and/or play dead response on the outside, you have done the flight part on the inside.  And the part of you that went somewhere else, might not have come fully back.

I see so many people who as beautiful sensitive children left a scene.  Not physically, that was impossible, but they sent an aspect of themselves into safe keeping.  I’ll share two examples here:

A woman who grew up in a family where abuse was really common.  From a young age she learned to “leave” (the flight response) and in her mind would go to a beautiful room.  In here she was safe, disconnected to her body, so that no matter what happened to her physically, she (as in the Big sense of who she was) was safe.   As she grew up, any situation that might possibly mean danger, triggered her to leave.   Her body would be still and quiet, but her mind was free to wander.

A man who had never felt fully accepted.   As a wee boy he was soft, sweet, super sensitive, loved nature and and had lots of what some people might call “imaginary friends”.   His family were very loving, but very different to this.  They were the boys play rugby, a few knocks won’t hurt you, boys-don’t-cry type family.   When I tuned in I was shown Fred’s nervous system (expecially his adrenals) were on hyper-alert.   It was as if that super sweet sensitive part of him had flown the coop, didn’t know how to be safe with a toughen - up boys will be men type environment, so it had gone elsewhere.   This was part of his greater awareness to who he truly is, his discernment.   As an adult he still didn’t really know how to belong, fit in or be safe.

So what is the theme here…

Like most people I know, you have most likely had times in life where you felt a bit battered (whether that be physical, emotional, psychological, social).  You coped the best way you knew at the time, which may have been to break part of yourself (in a bigger sense of who you are) away.  If you didn’t know how to discern when and how to come back, that part may still be disconnected.

With our global nudge to remember we are a soul having a human experience, you might be being reminded of this aspect of you that's still in safe keeping.   So how do you get that part back?   Here are a handful of strategies I’m finding helpful at the moment…

Join our mailing list to receive the latest news and updates from our team.
Don't worry, your information will not be shared.